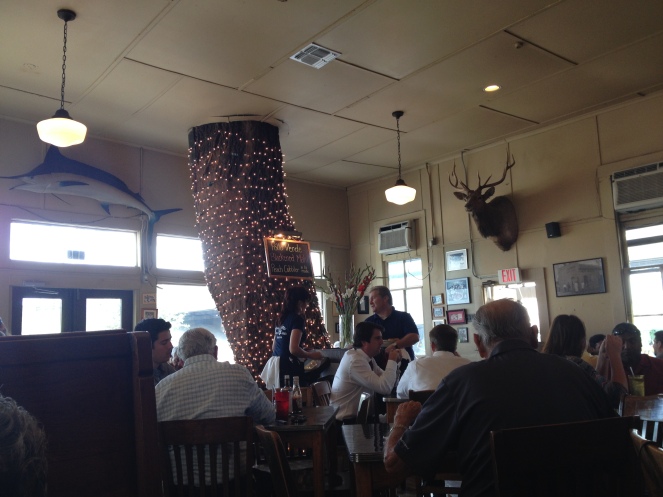 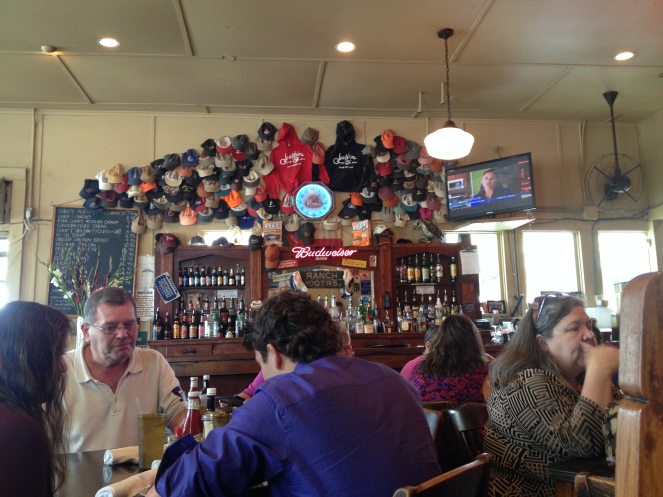 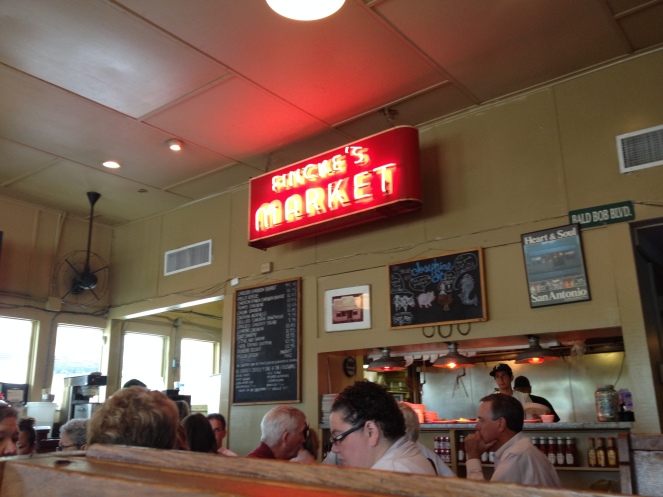 I ate at a favorite restaurant yesterday, Josephine’s. I love this place so much I used it as a setting in a novel.

Charlie’s Chili was an icehouse. Annie didn’t know what that meant before she became a Texan. The fact that the century old building once housed Finkle’s meat market said everything about its current incarnation.

It faced the end of a freeway exit ramp. That was why the owner left the tree. A live oak once grew up through the ceiling. Now, only the trunk remained, blocking the view from the door and forming a barricade to the patrons beyond. To the left was the bar. Booths lined the opposite wall, and tables filled the space between. The kitchen with its pass-through window anchored the back, and beside it, the hall to the restroom. Texas tunes played on the jukebox–Willie Nelson, Jerry Jeff Walker, and the Dixie Chicks, before and after their George W. Bush comments.

The food was local. The beer was cold. The crowd crammed in like planks in the hardwood floor, warped and wavy with the shifting times.