Tonight, Bacon watched the NBC Nightly News with Lester Holt. I had to look up his last name. I could remember Lester, but Holt escaped me. This is strange because I grew up playing with the children of the western movie star, Tim Holt (The Treasure of the Sierra Madre). And, I’m friends with a writer who’s pen name is Desiree Holt (romantic erotica). Anyway, Bacon watched Lester, so to get out of the house, I watered the tomato plants. Here are photos of the fall garden. So far, so good. I wrote three pages today. 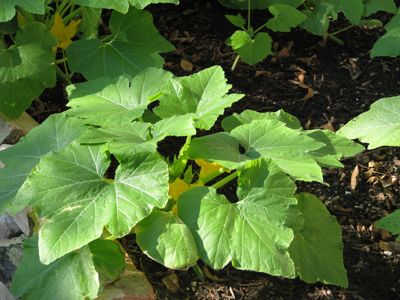 Today, I cheated.  I logged on to NYT.com and read Maureen Dowd. I couldn’t resist Aaron Sorkin channeling West Wing’s Jed Bartlet (who was not giving advice to Barack Obama). Did it make me feel better? No. It didn’t feel as good as sneaking chocolate almond ice cream in the middle of a diet. Instead, I thought, Snark? Is that all? I know there’s more to life than this.

NBC’s Brian Williams is on television in the other room. I cheated a little yesterday, but I’m back on the wagon. The bad thing about the news is that someone other than the viewer is deciding what’s important. I realize it’s impossible to present everything, but how often do I turn on the tube and can’t find a single thing about Asia or Africa?

Today, while waiting at a red light, I watched a woman training a seeing-eye dog. She was teaching the dog to show her where to push the button for the crossing signal. It was fascinating to watch how quickly the dog learned the command, and how he was able to take the person’s hand to the button. In the course of one traffic signal, the lesson was learned. The dog got a treat.

I’m not as well prepared as the dog. I’m still looking for the off button on the remote.

After a week of newslessness, I’m less informed, but more hopeful. I confess. I know nothing about the Wall Street bailouts, but I’ve set new writing goals, and I’m working toward them. Denying myself a media fix hasn’t made me give up my obsession, but it has reminded me to focus on people, places, and things where I can have an impact.

One thought on “No News Is Good News: Part 2”