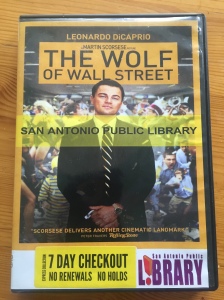 You might have heard about binge-watching television. It’s viewing an entire season of The Big Bang Theory or Criminal Minds in a single sitting. Binge TV, like going on any other sort of bender, is all about instant gratification. Tuning in to turn off.

It’s the thing that’s currently separating me from my teenagers at the moment. House of Anubis. Teen Wolf. Game of Thrones. My kids face a monitor or an iPhone and apparate to Narnia via Blue-Ray, YouTube, or ION television. Mom and Dad are too cheap for Netflix or Amazon Prime.

Binge is one of those words that connotes risk. To binge anything sounds dangerous, enticing. If your child, husband, or financial advisor is on a binge, then it must be bad. Binge-drinking. Binge-shopping. Binge-cleaning. Come to think of it, my house could benefit from a binge that included a Mr. Clean Magic Eraser. I wish I could find a way to binge-write. I’d have another book finished.

I’m not much into the binge. Except for The Voice, I seldom watch television. The rest of those inappropriate behaviors make me uncomfortable because…well…they’re inappropriate. Yesterday, I finally got around to watching The Wolf of Wall Street. Jordan Belfort was a character who lived to binge, and Martin Scorsese is a director who makes movies that are bigger than life. As I watched scene-after-scene filled with drugs and debauchery, I had to remind myself. It’s Scorsese. It’s only a movie.

Later when I tried to sleep, those images floated through the desert landscape of my psyche like dozens of empty Wal-Mart bags. The candle scene showcasing Leonardo DiCaprio’s backside just wouldn’t go away. I woke up achy and exhausted.